It all started with a crazy idea...​ 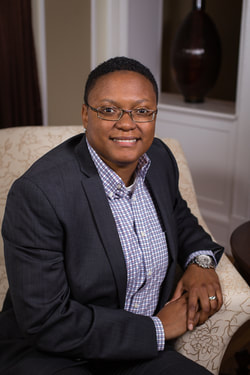 The crazy idea that the practice of law could be different. That it could be so much more than how many hours were billed that year. Instead of impersonal corporations, it could be about serving real people. People who wanted to create something bigger than themselves. People who wanted to pursue their passions. So I started my own law firm to help serious entrepreneurs, small to mid-size businesses, and non-profits do just that.

Since starting the firm in the summer of 2014, I have helped serious entrepreneurs, small to mid-size businesses, and non-profit organizations minimize legal risks, resolve disputes, and plan for the future. I regularly advise clients on a variety of business issues including business formation, contract drafting, employment law, intellectual property (including trademarks and licensing), and succession planning.

I also defend clients in a variety of business disputes and litigation, including internal disputes with business partners, breach of contract cases, employment litigation, franchisor/franchisee disputes, intellectual property infringement, and appeals. My goal is always to help clients protect their interests, especially in the business they've worked so hard to build.

In addition to running the firm, I serve as Outside General Counsel for the Juvenile Justice Coalition, Community Shares of Mid-Ohio, and other small to mid-size businesses.

Freedom from "traditional" corporate America gives you the ability to pursue your passions.

Before deciding to venture out on my own, I spent seven years at two of the largest law firms in the country as an associate attorney in their respective litigation groups.  During that time, some of my cases included:
Copyright © 2020. | 4200 Regent Street, Suite 200, Columbus, OH 43219 | 614.944.5171 | info@msnlawoffice.com
All photos courtesy of Unsplash unless otherwise noted.
All icons courtesy of Canva unless otherwise noted.